Usman Tumaka (born 12th December, 1995) better known by his stage name T.S is a rapper, recording and performing artiste. He came into lime light with his well- received freestyle featuring Mikky FF on Kas’ Fimile beat which he released and performed at various locations in the Philippine Islands. He is currently working on his debut mixtape Mr No BS, to be released in 2017. 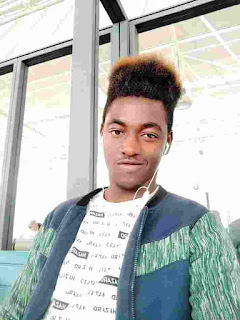 Born into a an extended family, the Nigerian born artiste hails from Minna, Niger state in northern Nigeria where he received his primary education then proceeded to obtain his secondary education. As a teenager, T.S attended Cherryfield highschool at F.C.T Abuja. He began his musical career performing at shows In junior high, but stopped and stuck to just writing songs in order to perfect his art. For college he travelled overseas to the Philippines to study Maritime Engineering in Manila but transferred to the University of Cebu to take a double major, Naval Architecture and Marine Engineering at Cebu City.

In 2015, he started music professionally by recording songs in the studio and making them available on his self-titled YouTube channel: https://m.youtube.com/channel/UC-USWhWtCi2jjP82jdFm-PA. He recorded a freestyle featuring one of his associate acts Mikky FF a member of a group, GMMG which T.S also belongs to. The Goons Music Mafian Gang (GMMG) consists of talented artists with links to both Nigeria and the Philippines.

Besides the rhymes and wordplay in his lyrics, he infuses storytelling, with experiences that others can relate to. With his love for his large family and friends he draws inspiration from his experiences. His stage name T.S was coined from his other names, Tijani Shehu. He looks up to Hip Hop moguls like Eminem, Jay Z , Nas as well as nigerian big acts like MI, Yung6ix and Jesse jagz.

Terry Apala biography and Net worth, Career, Awards and Nominations