Abdullahi Abdullahi popularly known as Geeboy, is a Kaduna-born musical artist whose music career began in the year 2011 with the prestigious Yaran North Side Group ‘YNS’. Born 3rd January 1996 in Kaduna State. After long-blessed career, in 2018 he released the notable single titled ‘Daina Bi na’ and later in 2019 he released its mind-blowing video. He was also featured in the remarkable and legendary song titled ‘Da So samu ne’ in 2020. 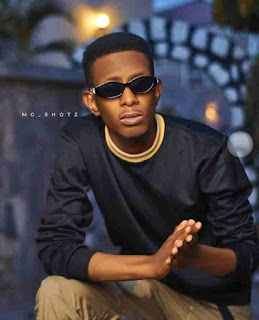 In December 2015, He shared the same stage at Kadamfest with the likes of Yemi Alade, Ice Prince, MI, 2face and many more. He also performed with Yaran North Side Artists like Dj AB, Feezy , Lil Prince and Mr Kebzee.

Geeboy was born in Kaduna State, Northern part of Nigeria, where he had his secondary education at Newbreed Secondary School Kaduna. He is currently studying Urban and Regional Planning at Ahmadu Bello University Zaria Kaduna Nigeria. He got his music inspirations from Eminem and John Legend.

In December 2018, He received an award from Paki’s Collection for his hit song Daina Bina. Also in 2018 he received a merit award from department of Urban and Regional Planning ABU Zaria as the “Artist of the year”.

Geeboy net worth is currently not available, but I will update this article when information is available

Nomiis Gee biography and net worth

Halima Atete Biography And Net Worth