Ali Mohammed Idris is popularly know as Ali Artwork,is a Comedian and a Film Editor in the Hausa Movie Industry known as Kannywood. He was born on 1st January 1992 in Tarauni Local Government area of Kano State,North West Nigeria 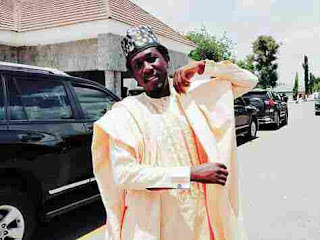 He had both his primary and Junior Secondary Schools Educations in Unguwa Uku and his senior Secondary School Education in Kundila. His quest for higher education made him to proceed to Sa’adatu Rimi College of Education, Kumbotso, Kano State for his National Certificate of Education(NCE) programme, but as fate would have it, he had to abandon the programme at the end of the first session due to lack of fund. To this end, he decided to learn tailoring and graphic design.

Related: Biography of Halima Atete and net worth

He also approach a popular Kannywood Film Editor, Aminu Mu’azu popularly known as Aminu Bacci requesting him to teach him (Ali Artwork) Film Editing, a request that was granted by Aminu Mu’azu.

His acquisition of the skill of Film Editing marks the beginning of his colourful journey in Kannywood and ultimately to his greatness. As a Film Editor, he has edited many high profile Kannywood movies which include the following : “Maja”, “Gwaska “,” Ga fili ga mai Doki”, “Duniya Makarantu” “Soyayya da Shakuwa “,” Bayan Rai” “Raddi”, “Ina Mafita”, “Asabul Khafi”, “Birinin Masoya “ just to mention a few.

Ali Artwork is a man of many parts as he is also an “A” class Hausa Comedian.Because of his exploits in the sphere of Hausa comedy, he is often referred to as the King of Hausa comedy. The versatile entertainer remarked that he ventured into comedy based on the advice of his friends who told him that he would be good as a comedian because according to them he (Ali Artwork) always make people to laugh anytime he was having conversation with them. It was against this background according to him that made him to become a Comedian.

Related: Biography of Ali Nuhu and Net worth

The Comedian /Film Editor is a recipient of many awards which include the following: He bagged the 2016 3rd MTN/Kannywood Award in the Best Editing Category for the movie “Gwaska”, he bagged the 2016 AMMA Awards for the Best Movie Trailer Editor Award, he was honoured with Merit Award during Arewa Creative Industry concert in Kaduna.

He is active on Instagram, Twitter and Facebook.With his exploits in the sphere of Hausa comedy and the editing of Kannywood movies, Ali Artwork has definitely carved a niche for himself among Hausa lovers of comedy and Kannywood as a whole.

Biography of Linda ikeji and Net worth