Question Do you want to know the most educated Governor’s in Nigeria? If yes keep reading this article.

Top 5 most educated governor’s in Nigeria 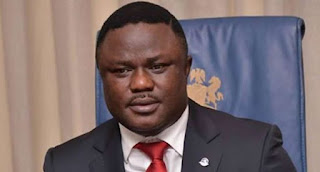 Ben Ayade is most educated governor in Nigeria with Five degree.

he has an MBA from Ambrose Ali University. Ayade became a Professor, but that did not stop him from pursuing another Masters Degree in Law in Cross Rivers University.

Zulum became a Professor in 2010 in UNIMAID. Before becoming Governor, Zulum has served many positions; University Dean, Ramat Polytechnic Rector, and a Commissioner under the administration of Kashim Shettima.

Abdullahi Ganduje studied Science Education at Ahmadu Bello University, and graduated in 1975. In 1979, Ganduje was in Bayero University Kano for a Masters’ Degree in Educational Psychology.

Check out: Latest Action, Nollywood,Hollywood Movies For You

Malam Nasir El-Rufai graduated from Ahmadu Bello University Zaria with a first class Degree in Quantity Surveying in 1980s. Nasir El-Rufai attended Harvard University for a Master’s in Public administration in 2009. Earlier, he has had another Degree in Law from a University in London.

He also has a Certificate in Public policy Mgt from Kennedy School at the Havard University. The Governor has started a PhD program in Philosophy in Governance and Policy Analysis at United Nations University of Netherlands.

This list of most educated governor’s in Nigeria have put us on serious research before compiled this list.

From this article 3 governors are from northern part of Nigeria and 1 each from west and south.

Thank you for visiting this page your thought is welcome