Born Dhinda Luka Bulus Madaki to the family of Mr & Mrs Bulus, hails from Bogoro local government in Bauchi state, North East, Nigeria. His tribe is Zhar, a minority ethnic group in Bauchi state popularly known as ‘Sayawa’, the first child and the only son of his parent(No wonder he refer to his son as a child without a first Uncle in one of his songs). 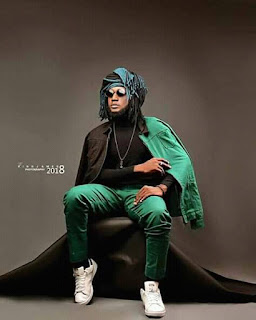 Hausa rapper B.O.C Madaki currently have two sisters ELIZABETH & BRIDGET left after death took away Mary and Martha. BOC had a son with a lady named Patience, he gave a sincere account of the incident that led to the birth of his son Leo who i consider as the brother he never had in his song LEGACY, a classic English rap that is a sort of mini documentary of the life and struggles of this brave Hausa hip hop King.

RELATED: Biography of Deezell and net worth

Is Hausa Rapper BOC Madaki A Christian Or Muslim? BOC Madaki is a christian. Educational Background Of BOC Madaki Between 1990 and 1991, Hausa rapper BOC Madaki was at Sunshine Learning Centre New GRA in Bauchi for his kindergarten. His nursery and part of primary education was at Jibril Aminu nursery and primary school located at New GRA, behind Zaranda Hotel in Bauchi from 1991 to 1996. After which he moved to Yelwa practicing school where he did primary 3 to 6 between 1996 and 1999.

In 2007 he enrolled for National Diploma at the Abubakar Tatari Ali polytechnic Bauchi to study agricultural technology, a journey he left half way.