Top 10 Most Expensive Universities In Nigeria

For many Nigerians, high-quality higher education is a luxury. There are many private universities who are known not only for their top-notch teaching staff and achievements but also for the incredibly high tuition costs.

Top 10 most expensiveuniversities in Nigeria.

Lead City University is located in the south-western part of Nigeria and is one of the best known local education institutions.

The history of Lead City University dates back to 2005, and in less than 15 since it was launched, the University evolved a lot.

Babcock University is part of the Seventh-day Adventist educational system, which means the high education costs are not the only reason why it may not be your cup of tea. The University has been operating since 1999 and currently has the tuition fee of ₦780,000.

• Top 10 Most powerful Kings in Nigeria

Ogun State appears to be one of the leaders of the prestigious education industry in Nigeria. Covenant University is closely associated with the Living Faith Church worldwide and is part of numerous associations.

Covenant University always scores high positions in university ratings of Nigeria and has the tuition fee of ₦1.2 million.

The Benson Idahosa University is a Christian institution that was launched in 1993. One of its standout features is the membership in the United States National Academy of Inventors, which no other African university has managed to achieve.

You need to pay ₦1.5 million in tuition to study there.

The Afe Babalola University is one of the youngest Nigerian universities, being launched only in 2009.

In addition to six popular education programmes, this University is also known for its modern and good-looking campus. A tuition fee of ₦1.8 million is required to study there. 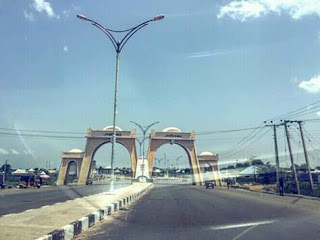 The name of the American University already attracts a lot of students looking for high education standards, but the fact that it’s the only American- style university in Sub-Saharan Africa is an even bigger reason to want to study there.

One of the few Lagos institutions on this list, the Pan-Atlantic University was founded in 1991 as the Lagos Business School. Since then, the University has evolved into one of the most coveted private schools in Lagos, but the tuition fee of ₦2.5 million can be hardly called affordable.

For Abuja locals and students from other states, Baze University is one of the dream schools with an international staff, outstanding campus, and high teaching standards.

For a tuition fee of ₦3.1 million, you can also experience the joys of studying in Baze University.

The full name of Nile University is Nigerian Turkish Nile University, which should already give you some idea on what this school is all about. Launched in 1998, this University showed tremendous growth.

It is now the most expensive University in Nigeria with a tuition fee of ₦5.7 million.

Dj Zubis And Prince Mk Who is Better Singer ?

Talz zone: Who do you Think is best Music Producer in Nupe music industry